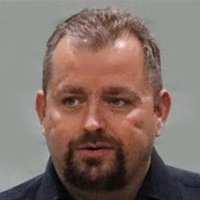 Mike Wooten has been the Director of Bands at South hills High School since 1999. Mike began his teaching career as a sophomore in high school teaching private trumpet lessons to middle school and elementary students. By the time Mike graduated from high school he was teaching 30-40 private students on a weekly basis. In 1997 and 1998 Mike had the opportunity to be the Director of the Tuffree Middle School Jazz Ensemble II in Placentia, CA. All throughout Mike’s time in college he taught part time at several middle schools and high schools. Mike had the privilege of attending Tuffree Middle School under the direction of Mr. Jim Hahn and El Dorado HS under the direction of Mr. Richard Watson. Because of these two individuals, Mike has developed a strong passion for Music Education. In addition to Mike’s responsibilities at South Hills HS, he is also a very active member of the SCSBOA as a field and festival adjudicator.

After graduating from El Dorado HS in 1994, Mike studied music at Fullerton College for two years before transferring to Cal State University, Fullerton where he graduated in 1999. As a trumpet player, Mike has had the opportunity to perform all across the United States, Canada, Mexico, Germany, and Japan. In 1998 Wooten was selected to perform in the Disney All American College Band and later marched five seasons as a Toy Soldier in the Christmas Fantasy Parade at Disneyland.

“Music expresses that which cannot be said and on which it is impossible to be silent.”
Victor Hugo